Can Vikings Survive Without Travis Fimmel

A show that is hugely popular for its historical plot, tremendous performance and some characters who are now not only part of the history, but our favorites. Such a character was of Ragnar Lothbrok. The lead of the series and the most famous Vikings, he is a character who is true to history. The powerful performance of Travis Fimmel, who portrays Ragnar, is undoubtedly is the most powerful entity of the show, who single-handedly made Vikings possible. The power packed acting and the rawness is the key mark of him. But alas! With the end of season four, we lost this man. He is butchered by the dramatic plot keeping the audiences’ mind in awe and shock. Now there is the fifth season in the making and the fans are full of questions regarding it. The most important of all is can Vikings survive without Ragnar Lothbrok, the hero of the Norse folk?

The answer is tricky. Vikings is based on the family that has gone through all thick and thins keeping themselves up for any crucial power play. But being the head of the family and the clan, the presence of Ragnar is most important to the plot. Now he is dead, and the shock is evident. But it seems all part of the plan of the makers who has opted for the shocking decision to give a jerk to the audience. 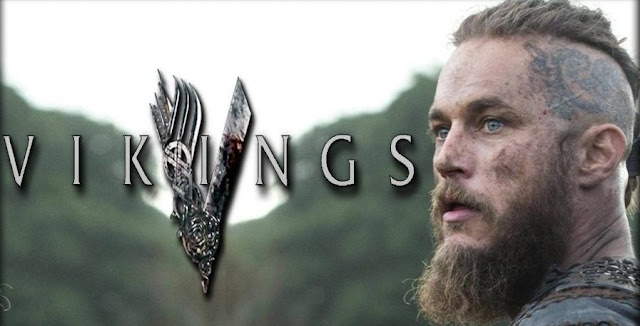 As per the Norse legend, Ragnar was dropped in a pit of snakes by King Aelle, and thus it is a fact that the makers are bringing but is tough for the fans to digest. So it can be said the makers are trying to justice to the historical facts. There are some other reasons too. Losing Ragnar Lothbrok might be unfortunate but that never hints that www.vikingsseason5.com will be a complete loss. The sons of this great man will now be the focus as well as the second wife of him, Lagertha will get some limelight.

Ivar the Boneless, Ragnar's crippled son, who is expected to go up to take charge of the power and he will be seen against Jonathan Rhys-Meyers' Bishop Heahmund. Lagertha, played by Katheryn Winnick has already seen posting some pictures of her new ‘chair, ’ and she seems to play a crucial part in the coming season.

But there are already rumors of Ragnar’s comeback in the coming season. But how can a dead man come back! Some fans think maybe he will appear the on the screen through the retrospect, or flashback or might be some dream of any character. We don’t know yet! But to know that we have to wait till the premier of the season!

Posted by David Clayton at 03:29 No comments:


Daredevil fans, you will have to wait a bit longer as the recent announcement by Ted Sarandos, the COO of American entertainment company Netflix is quite disheartening.

He has announced that the upcoming season of the popular web series, Daredevil, which is the third season, will not premiere anytime before 2018.
Created on the basis of the film franchise by the same name, the series is the first in a series of shows which will gradually lead up to The Defenders crossover miniseries. The show tells the story of Matt Murdock, portrayed by English actor Charlie Cox. A blind lawyer by profession, he fights against crime in a disguise.

The season will appear along with the upcoming second season of Jessica Jones.
Hardly anything is known about the plot, it is being rumored that the character of Wilson‘Kingpin’ Fisk would eventually return after spending the second season in prison. D’Onofrio, who portrays Fisk has stated that he knows that his character will gradually return, although when that will take place is not certain. He has vehemently expressed his love of Marvels. He has said that he loves collaborating with Marvel since they are so creative and since they let him bring this whole new thing to a classical thing that they invented. He has also said that since he loves Marvel so much, therefore he also wants to keep working with them in the future. Among the other cast, Karen Page will essay the role of Deborah Ann Woll. Moreover, Elden Henson will appear as Foggy Nelson and Rosario Dawson will star as Claire Temple. Their return is based on the assumptions that all three characters will survive The Defenders. One of the important things to look in the prospect us that Jason Stathan has been pulled in to play Bullseye. The Daredevil Season 3 cast is supposed to include everyone who survived season two. It is also expected that Vincent D’Onofrio will appear again in the upcoming season. Fans are also expecting that Jon Bernthal’s Punisher to return. Mike Colter will again star as Luke Cage in a guest appearance, so will Krystan Ritter as Jessica Jones. 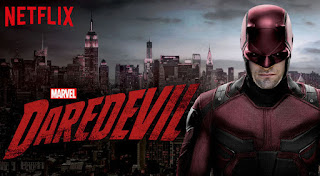 In both of its season, Daredevil has seen a huge critical and commercial. In the year 2005, it was described the second best original programming series of Netflix. It has also won Hallen Keller Achievement Award, Primetime Creative Arts Emmy Award, Saturn Award, etc.
The wait for Daredevils is soaring high as the online community of the series is everyday coming up with rumors related to its cast, plot line and released date. Well, all we can do as for now is just wait and see where the series takes us. The series has been commercially appreciated too. The first season debuted on April 10, 2015. The second season started on March 18, 2016. Both the seasons had 13 episodes.But for now, we just have to wait for some more time to know the Daredevil Season 3 Release Date.

The Punisher, which is a spin-off of the series, was launched last year in January 2016. This series revolved around Bernthal as Castle. It has been described as a stand-alone project. It was at the 2016 San Diego Comic-Con in July 2016 that the upcoming season was announced.
Posted by David Clayton at 03:58 No comments:

Premiere date, cast news, plot spoilers of How to Train Your Dragon 3 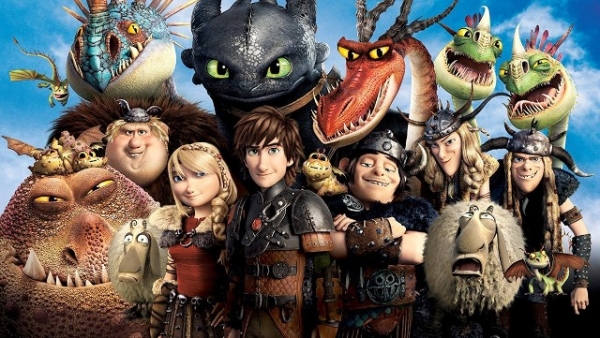 "How to Train Your Dragon 3" has been pushed back its release date so many times but ultimately it has been finalized that the film will release date in 2019. At the same time, the movie possibly features an ending and we will see the part ways of Vikings and dragons.

Initially "How to Train Your Dragon 3" slated for a 2018 premiere but for the new development schedule from Comcast as it took over DreamWorks Animation. According to the reports of Screenrant, so the film has been shifted to a released date on March 2019.

Dean DeBlois is the director of this movie and in this installment; you might see a storyline that brings the Vikings and their dragons to part ways or divided.

As per a logline which is posted on Deadline shows, "As Hiccup (voiced by Jay Baruchel) fulfills his dream of creating a peaceful dragon utopia, Toothless' discovery of an untamed, elusive mate draws the Night Fury away. When danger mounts at home and Hiccup's reign as village chief is tested, both dragon and rider must make impossible decisions to save their kind."

DeBlois shared the secret about the third installment of this movie at the 2015 Visual Effects Society Awards and that is we told earlier. But from that logline, we cannot get the full view about the parting ways with Toothless and Hiccup. Probably the storyline of Cressida Cowell's book series "How to Train Your Dragon 3" will lead up to the beginning of everything?
DeBlois also revealed that "We are gonna take the story to where the books begin, which is Hiccup as an adult reflecting back on a time where there were dragons, suggesting that the dragons will in some way go away".

He also said that Toothless will have to take a vital decision on what is better for their own kinds and at some point Hiccup will have to stand on his own. So there will create a different opinion and that may be the cause of the division. Hiccup will save the mystery of dragons possibly coming back and the reason why they would do so for the film itself- it is the director added about the movie.